Would You Know If Your Back or Leg Pain Was Coming From Your Feet?

Spinal Stenosis and Disc Center, Inc. Contents Would You Know If Your Back or Leg Pain Was Coming From Your Feet?

A month before the NCAA championships, I got an urgent call from the coach at Cal State University at Northridge. “Help! Half our team is out injured. Please come down, take a look and do what you can?”

When I arrived, the coach was right. More athletes were packing their legs in ice than running on the track. Having never met these runners before, I just sat next to each one and asked what happened. 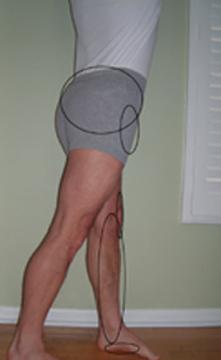 Their histories had a common thread. Most had received orthotics within the last month. A team podiatrist felt that by “correcting” their foot and ankle mechanics with an orthotic (a precise, synthetic shoe insert), their times would improve and they would have fewer injuries. But, just the opposite happened to many of them. Interestingly, others on the team who had ankle, knee or leg pain were helped by the orthotics.

What’s The Truth About Orthotics? Do They Treat Injuries Or Do They Cause Them?

The answer is Yes.

As I learned in the years that followed with U.C.L.A., Cal State Northridge and the Olympic Track and Field Teams (as well as with my non-athletic, family practice), some were helped and some were hurt. It depended on the patient and the orthotic they received.

If you have a foot or ankle that rolls in excessively (called pronation) and have pain to your foot, ankle, front or inside of your knee or shin, hip joint, piriformis muscle, sacroiliac joint or lower back--you may find help from an orthotic (especially if your pain is worsened by prolonged standing or walking). See the above picture for the sites most commonly helped by orthotics. Foot problems such as metatarsalgia, bunions, hammer toes, plantarfascitis, Morton’s Neuroma often require orthotics and respond beautifully.

Orthotics should be molded exactly to your feet and wedged precisely in a way to prevent your foot from excessively rolling in. Left uncorrected, your leg and back abnormally twist causing pain and joint damage.

If your foot does not excessively roll in and you do not have symptoms from standing and walking to the areas I described, then orthotics are probably not necessary. The idea that everyone’s foot needs an orthotic is incorrect. Often, our body is quite content with its own little variances, and by correcting something that’s not broken often makes things worse.

Certain types of orthotics can also cause problems. Many doctors use rigid or semi-rigid orthotics when a soft, flexible one is better. I believe in using the softest support that is practical. A rigid one often acts as a cast and prevents normal foot and proprioceptive functioning (proprioception is important for balance and proper muscle tone). Soft orthotics are also far more comfortable.

Through the years, I’ve had many patients who couldn’t “hold” an adjustment without an orthotic. It’s not the first thing I try, since they are an expense and not usually necessary. But, when they’re needed, nothing can replace them.